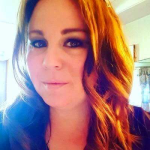 Nicole Strickland is one of the leading paranormal researchers on the west coast.  She's the founder and director of the San Diego Paranormal Research Society, California Coordinator to the Ghost Research Society and a consultant to other groups.

Nicole is an author of several books, including her best-selling titles about the RMS Queen Mary. She also writes for Paranormal Underground Magazine.

Since 2011, the San Diego Paranormal Research Society has hosted the "Spirits of the Adobe" tours at the iconic Rancho Buena Vista Adobe. Nicole presents at conferences, events and libraries.

Nicole produces and co-hosts Haunted Voices Radio with Todd Bates; hosts the Afterlife Chronicles, which was selected by "Feedspot" as one of the top 25 programs on the afterlife in 2021.

Nicole has been featured in numerous media outlets, including local and national TV, documentaries, radio shows and print mediums.